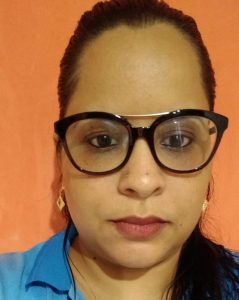 An exhibition, a party, a lot of joy, a little bit of emotion and a lot of interest for a really special anniversary, summed up with the title “A story made up of many stories”.

In 2019, the João Paulo II Educational Centre celebrated its 20th anniversary since its creation. To celebrate this special event, we organized an exhibition and a party entitled “A story made of many stories”.

The teachers, with the guidance of the pedagogical coordinator and the management, proposed to the students to jointly write compositions to tell the journey of the João Paulo II Educational Centre: each class was given the task to investigate specific moments and aspects of this 20-year-long story.

The first step was creating texts and drawings to put together on very picturesque panels. The curator of the exhibition, Anna Maria Osmala, from Brasilia, was able to enhance what the children did, the quality of their texts and drawings, and the vast collection of photographs from the Educational Centre, which document 20 years of the neighbourhood’s history. The result was truly beautiful and we are deeply grateful to Ana Maria for her passion in creating this great and permanent legacy.

Teachers and pupils then prepared songs, choral songs, parodies, plays, poems, tributes and some moments of the Folia de Reis, which was the final moment of the celebration.

Many people, alumni, teachers, employees and the whole community contributed with testimonies, letters, photos, which testified the personal path taken and the story built over these 20 years.

The students worked long hours and did many rehearsals to be ready for the party, and even families contributed with testimonies, photographs and stories of their time spent at the Educational Centre.

The participation and responsibility of the students showed how motivated and happy they were to be able to express their engagement and be part of the story of the Educational Centre.

Thanks to the commitment and efforts of everybody, the long-awaited 20-year celebration took place on 20th August 2019.

At the opening ceremony, the Educational Centre was filled with students, alumni, parents, onlookers, friends and people from the neighbourhood, all organized and anxious. The doors opened and a wave of emotions overwhelmed the building. The exhibition on panels had been set up on the patio and the students themselves, who had been preparing for it for a long time, presented it to the visitors.

Many people reported that the kids looked joyful and excited to talk about their experience.

The gym had been set up to serve as the main stage during the party and students filled it in an orderly fashion, while the audience was on the stairs and in the patio.

When the young presenters, our students Flavia, Arthur and Matheus, entered the gym to the sound of the well-known song Festa del gueto by Ivete Sangalo, an overwhelming emotion spread among the audience.

After all the carefully prepared presentations, parents, guests, former students and people living in the neighbourhood expressed their feelings with laughter, tears and rounds of applause. The members of the Italian Foundation that has financed the institution since its creation were also present that day and they were visibly moved. Several people reported that they were mesmerised by the beautiful party; many were able to recall memories of their time spent at the Centre; others were deeply grateful for the contribution the Centre gave to the wellbeing of the entire community.

During the following weekend, to end the celebrations, the students participated in the Games in honour of the 20th anniversary of the Educational Centre. We also invited some of the schools that are our partners in many sports activities. Many people attended the celebrations and visited the exhibition, always guided by our excellent students.

Our nutritionist explains the nutrition education project: games, exercises and activities aimed at positively influencing growth and health throughout life.

Learning from direct experience: the school garden is an amazing “gym” to be in contact with nature, for a multidisciplinary teaching and emotional involvement.

What I Learnt at the Educational Centre

The first-person account of a student from the Centre, who recounts her experience in the social media management class… and in many other events and activities.